DAYS BY ASSISTING IN A VARIETY OF WAYS TO

GEELONG’S Luson aged care is paving the way for aged care homes of the future by introducing voice activated technology into its The Vue aged care home to boost residents’ independence.

A recent study conducted in Britain has concluded that voice assistants can help older people feel less lonely and can act as a mood booster and support their emotional health.

Luson has recently engaged Smart Voice Services to bring Alexa voice control to its Grovedale aged care home, including a trial of voice control in residents’ rooms, allowing them to control lights, climate and their TV by voice.

They are also able to check the news, the weather, read a book, find what activities are happening at The Vue during the day or what movies are screening in the newly decked out cinema room.

The trial has been so successful that Alexa was voted “employee of the month” by one of the residents.

Further to personal room use, voice control has also been deployed in the very hi-tech cinema, where a sensor placed outside the room triggers an automated update by Alexa on the upcoming movie and time.

Anyone passing by can also ask the Amazon Echo unit what movies are showing during the week.

A simple push of a button on the cinema remote can trigger a movie scene, turning on the projector screen and dimming the lights.

A popcorn machine is also on its way. A “tech hub” has been set up, featuring an Alexa voice-controlled speaker. Residents can make inquiries about what is on at The Vue, explore upcoming major events and news, obtain general information or check the world news and play puzzles.

In the future, Luson plans to bring Smart Displays to the home, removing the need for messy noticeboards.

These Smart Displays will act as touch screen information panels, which can also be controlled by voice.

Residents will be able to inquire about all documents currently available on the noticeboard, read the menu, check activities and much more.

There will also be the option for families to add a voice-controlled speaker to a resident’s room, enabling them to leave voice messages or call them using a voice speaker in their home.

The future of voice control in aged care is here now, and Luson is leading the way. 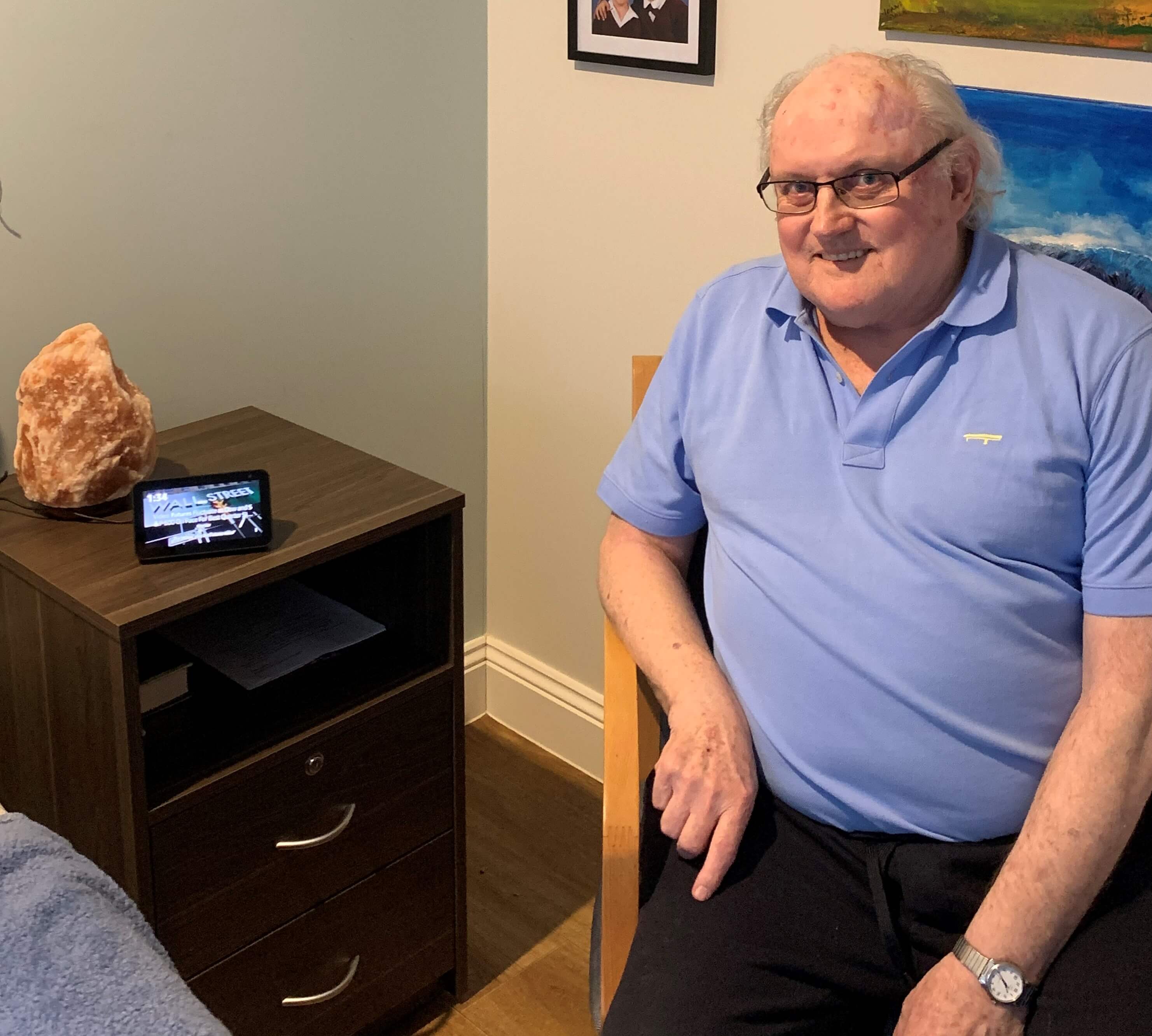